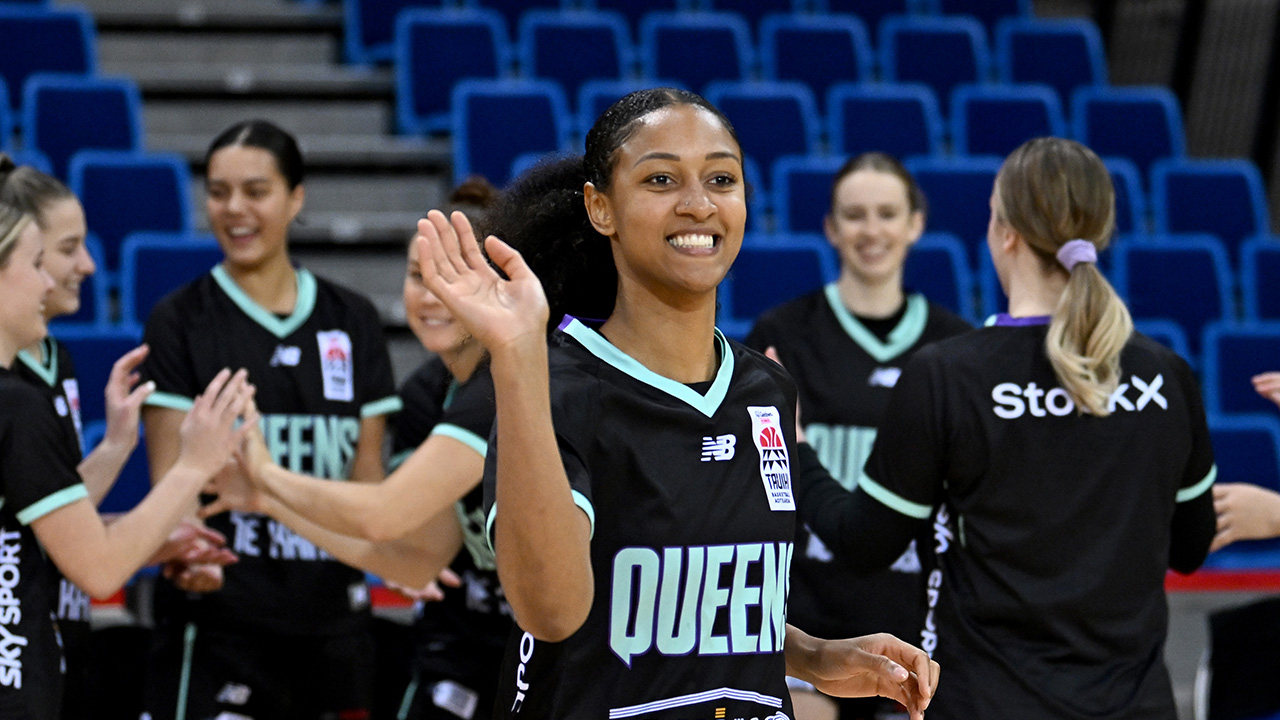 The Tokomanawa Queens tipped off Round 5 thrashing the Mainland Pouākai by 19 points. It was a complete performance for the Queens who managed to maintain energy and dominance for the full 40 as the home side struggled to get into a rhythm. One of the frontrunners for MVP and Oregon native, Jaime Nared recorded 23 points, 6 rebounds, 4 assists and 2 blocks. Elin Gustavsson and Florencia Chagas also had big games with 12 points, 14 rebounds for Gustavsson and 19 points for Chagas.

The Kāhu’s unbeaten streak continues with their ninth victory coming against the Whai. If there’s any team that should have the most confidence going into the finals in three weeks time, it’s them. At this point, there’s not much you can say, they’re just too good. While the Whai remained in the hunt, turnovers caused them trouble as the Kāhu stormed past the home side.

As we’ve gotten used to seeing incredible performances from Tahlia Tupaea and Micaela Cocks, how about Krystal Leger-Walker? She recorded 13 points, 5 rebounds, 5 assists and 4 steals. Tera Reed was also immense with 15 points, 4 assists, 3 rebounds and 2 steals. The Northern side also had a total of 18 steals! Crazy stuff.

The Pouākai rebounded from their loss to defeat the Hoiho as Tessa Boagni led with a huge 18 points, 14 rebounds while shooting 70% from the field. Lauryn Hippolite brought a spark off the bench as the third-highest scorer for Mainland with 14 points, 3 rebounds, 3 assists and 3 steals. If the playoffs started tomorrow, they would be playing the Kāhu in the semi-final. The challenge will be for the Mainland side to bring the same effort against top competition in the Queens and Kāhu.

The Queens closed the round with another win, this time against the Hoiho. Take a bow Stella Beck! The Tall Fern achieved a near perfect offensive night (90% from the field) with 10 rebounds, 5 assists and 4 steals. Snyder was the game’s top scorer with 31 points for the Hoiho and Samara Gallaher also contributed 15 points and 2 steals. The Southerners tried to stage a miraculous comeback late in the game but the Queens ran away with a convincing victory.

The Kāhu finish as minor premiers of the league and host the Queens who have climbed to second on the standings after a stellar Round 5.

If your offence is stagnant and your accuracy is lacking, the Kāhu will take advantage with their hounding defence and their offensive finesse. They’ve shown that across the season and even when players might be having an off shooting night, they’re able to make an impact in other ways.

The Queens definitely have the talent to match and if their big four of Chagas, Nared, Gustavsson and Beck play efficiently, limiting their fouls and turnovers they are capable of winning.

It’s also not enough now just to try and lock down on Tupaea because you’ll have to face the rest of the team. Good team connections and communication will be key for the Queens in coming out on top.

The Hoiho are now playing for pride and despite the Pouākai being guaranteed a spot in the finals in three weeks time, their play over the next two rounds may just be a deciding factor in their ability to be title contenders.

The Pouākai should win this one which will get them on the right foot going into the playoffs. A win could also help them move higher on the standings and avoid a one against fourth place matchup with the Kāhu in the semi-finals.

In their Round 5 match, the Hoiho shot only 29% from three and 47% from the free-throw line compared to the Pouākai who made 41% from three and 92% from the stripe. The Southerners will need to improve on this while Mainland could do more to push the Hoiho out and force them to take longer shots.

The Cantabs will need all hands on deck as teams have found a way to shut down Trinity Baptiste but if Boagni can comfortably hold her own in the paint again while allowing opportunities to open up in the mid-range - which is Baptiste’s bread and butter, they’ll be on track for a dub.

This could be a preview of game two of the semi-finals as the Tauranga-based side sit in third place, just below the second-placed Queens.

The last time these two sides played each other, the Queens almost staged a comeback after being down by 24 points. As the Whai shined with everyone stepping up, Tokomanawa had some quiet games from some, in particular import Gustavsson who just managed two points.

As shown in the Queens wins over the Pouākai and Hoiho, when the Sweden is assertive, it makes a big difference in the success of her team. Execution will also be important for these teams with both sides boasting superstar talent.

It’s going to be tough but I’d say based on recent form, the Queens look like they’ll come out on top in a close one. But again, anything could happen and some inconsistency throughout the season could work in the Whai’s favour.

The Queens will need to take advantage of their versatility on offence with the Whai being dangerous in driving and rebounding. If the Queens can weather the Kyra Lambert and Nikki Greene storm, who are averaging 8.4 and 11.8 rebounds respectively, and push their own attack outside the paint it would give them a better chance of securing a victory.