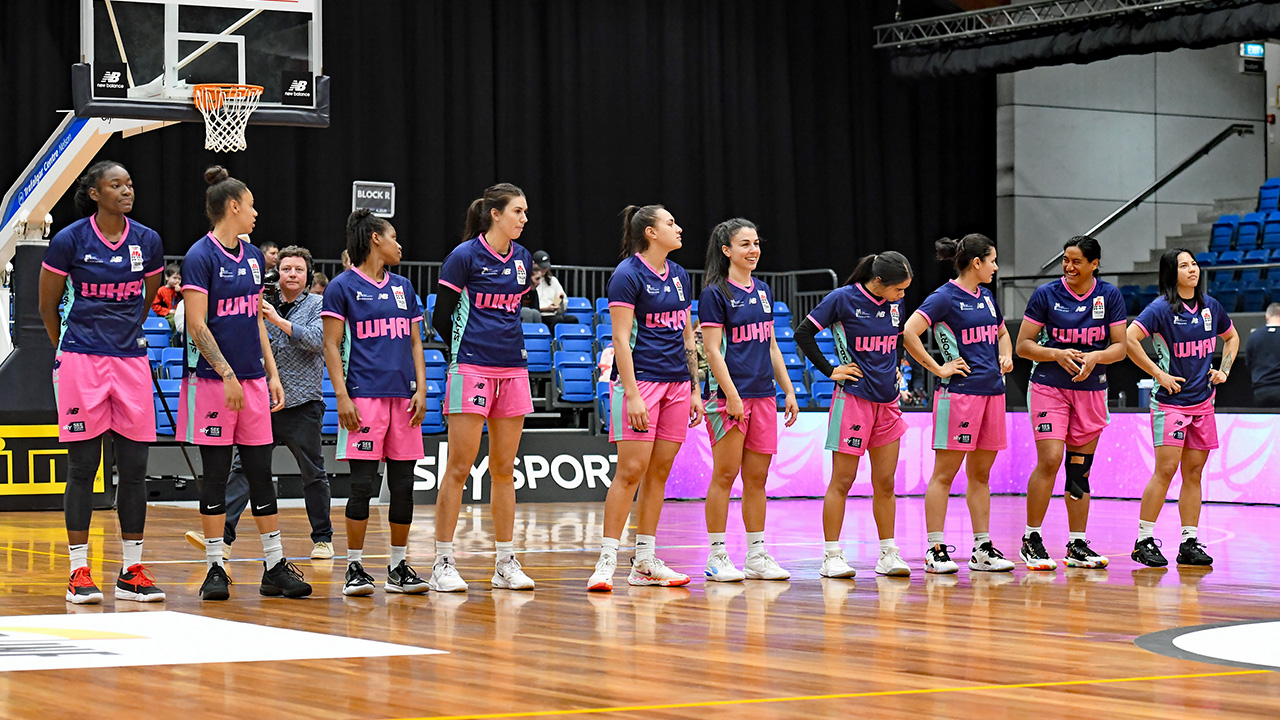 This is the third instalment of a five-part series written by Jake Fitzgibbon.

The Whai had some big scalps this season but seemed to sputter across the finish line down the stretch. On paper, they possessed a wealth of local and international talent that can compete with any team on any given night, but they ran into the No. 1 seeded Northern Kāhu in the semi-finals and it was too much to overcome.

“The inaugural season was awesome to be a part of. There were a lot of great players from New Zealand and all over the world, which made the league competitive. I’m excited to see the growth of the league and its continued success and support.

“Personally, I really enjoyed the season. It was fun competing every game against quality competition. I felt like I had a solid season, and it gave me an opportunity to show a different part of my game.

“I loved the Whai organization and felt like they allowed me to be myself and play confidently,” said Lambert.

Fellow American Nikki Greene was a defensive force for the Whai this season and it earned her Defensive Player of the Year honours. Greene easily led the league in rebounds per game with 11.8, adding 10.4 points, 1.3 steals and 1.2 blocks (3rd) per game in 13 appearances. We only got to see her offensive game in limited stretches, but when she did have the ball she showed that she’s got decent touch around the rim and a reliable midrange jumper.

Greene is a player that could have been utilised more in the post by the Whai, especially alongside another dominant frontcourt player in Sharne Robati. Operating through those two in the high and low post could have opened up the offence a little more and given the Whai some more freedom on the perimeter. Both players have the skillset to demand extra attention on the block, and that naturally creates passing lanes with a steady diet of off-ball movement.

Sharne Robati found herself right in the mix for Youth Player of the Year, compiling averages of 12.1 points and 5.2 rebounds per game. Robati is one of the more talented post players in the game and would often have stretches where she would go to work with little resistance down low. Playing alongside someone like Nikki Greene, who has WNBA experience, would have been huge for Robati and her game.

Learning off a veteran like Greene who has been around the world playing professionally, it’s one of the plus sides of Tauihi as it not only presents opportunities for players, but it also enables local talent to play alongside and against top tier players from around the world.

Whai and Tall Ferns guard Tiarna Clarke made history when she erupted for 11 3-pointers against the Mainland Pouākai, the most by a woman in a professional game in New Zealand. Clarke totalled 34 points, which was also a season-high and the current Tauihi points record. The 23-year-old was in and out of the lineup this season due to international commitments with the 3x3 Tall Ferns, but she showed in her brief stints that she can light it up from downtown with the best of them and once she’s locked in, it’s hard to shake her out of the zone.

Matangiroa Flavell was one of the in-season feel good stories of the year, as she made her return to the basketball court after some time away from the sport and lit up the nets from downtown. Flavell only appeared in five games for the Whai, mainly serving as cover for 3x3 star Tiarna Clarke when she was overseas, but she made a sizeable impact and forced teams to gameplan for her at times. She averaged 8.2 points per game on 42.3% from beyond the arc, and won Performance of the Week in Round 4 for dropping 22 points, four rebounds and five assists on 7-of-12 shooting and 6-of-9 from three against the Queens.

The next instalment will feature the Southern Hoiho. Hear from MVP candidate Laina Snyder on she found it playing professionally in New Zealand.