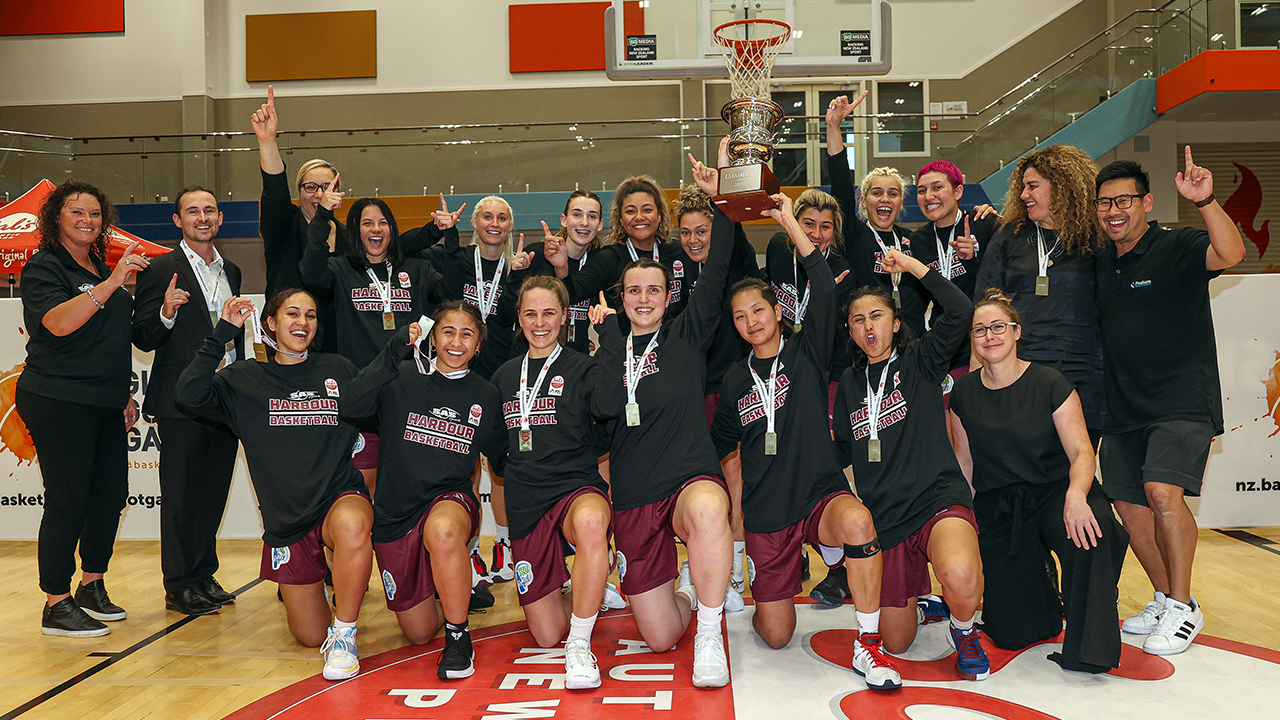 Platinum Homes Harbour Breeze defeated Waikato Wizards 70-59 in the 2020 Sal’s NBL 18IN18 Grand Final at Pulman Arena in South Auckland. The final proved to be a fitting climax to18 days of continuous action featuring the top six women’s team in the country.

Due to Covid restrictions all 18 games were held at the Pulman Arena. In addition, in a first for women’s basketball in New Zealand, every fixture was shown live on Sky Sport.

Letava Whippy was one of the stars of the competition. Named to the NBL All-Star 5 the Capital Swish captain finished Top-10 in the NBL in points scoring (12.7ppg), assists (4.3apg), rebounds (9.8rpg) and steals (3.7spg). Swish, defeated by the Breeze in the semi-final, were also well served by Grace Simi Vaofusi and Paris Lokotui.

Waikato Wizards defeated Gold Rush 68-63 in one semi-final with Esra McGoldrick, Arielle Parai and Kayla Manuirirangi each in double figures.

In the Grand-final Breeze, runners-up in 2019, went one better as they completed 18IN18 with an unbeaten seven game campaign. Led by captain Ash Kelman-Poto (18 points, 14 rebounds and 6 steals) Breeze held off a furious Wizards comeback in the championship game.

For the Wizards Kayla Manuirirangi scored 15 points, Esra McGoldrick put together a double-double of 11 points and 12 rebounds while Maka Daysh had 10 points and 9 rebounds.

Platinum Homes Taranaki Thunder claimed the D League Championship with a 78-68 victory against Rotorua Lady Geysers. A stirring contest, in which the lead changed hand no fewer than fifteen times, had many outstanding performers.