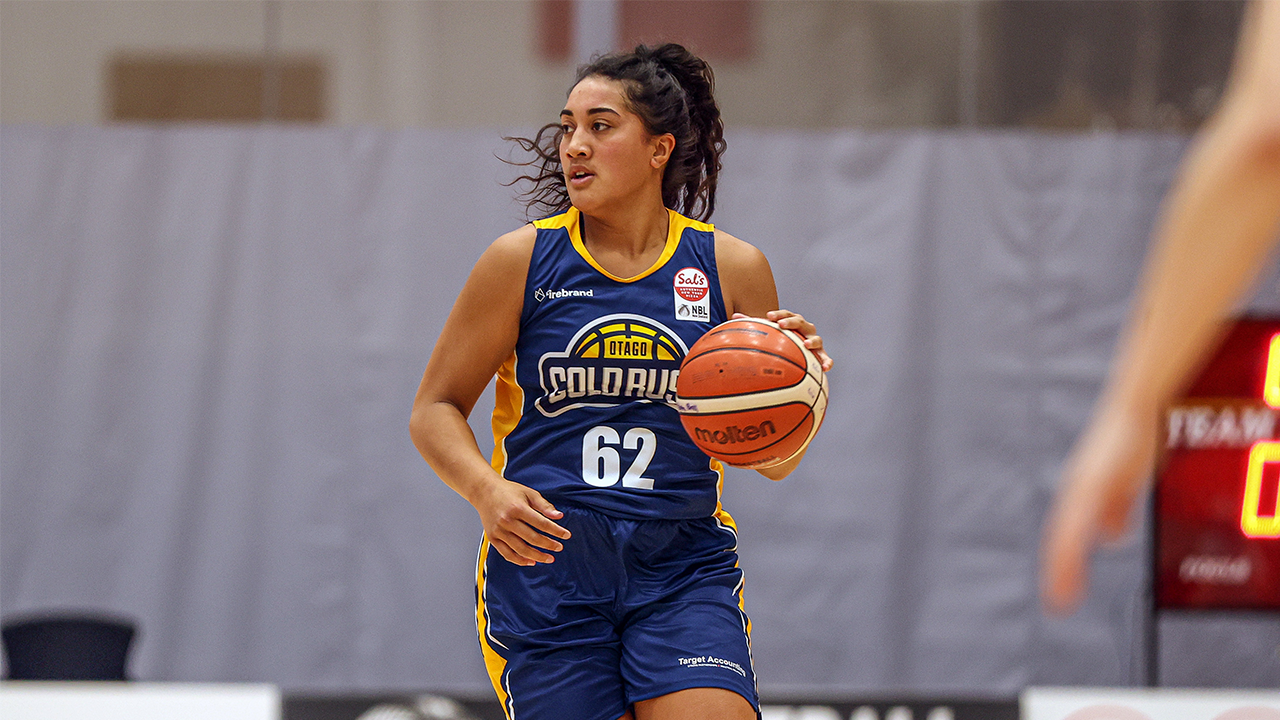 The Firebrand Otago Gold Rush kept their 2020 Sal’s NBL 18IN18 semi-final hopes alive with a well-deserved 58-48 win against the Kāpura Capital Swish at Pulman Arena on Saturday.

The Gold Rush, with a 1-2 record will need to win one, perhaps both, of their remaining fixtures against the Etco Auckland Dream and Alloyfold Canterbury Wildcats to progress to the final four. However, they will be heartened by their performance, a game in which they trailed for only 28 seconds.

Little went right for the Swish with Sarah Penese (11 points) the only player in double figures. Te Huinga Reo Selby-Rickitt had eight points and eight rebounds, but Grace Vaofusi and Letava Whippy, after demolishing Auckland Dream the previous night, were a collective 3 from 21 from the field.

The result means that five teams are still in the chase for top four spots, only the Willdcats can’t make the semi-finals.

Tall Fern Richards got the scoring underway before Vaofusi, fresh off a game-high 21 points against the Dream the previous night, made a customary left-handed finish.

Debutant Samantha Jenkins, a Year 13 student at Queen Margaret College, was introduced early in the fray after the Gold Rush had forged a 6-2 lead.

The Gold Rush opened the second period with a 10-0 run, the Swish struggling to break down Otago’s 2-3 zone.
Maia Watene and Gordon finally got the Swish's total back in motion, but three straight buckets from Sopoaga, much to the delight of her travelling fan club, pushed the Gold Rush lead out to 30-19.

Lilly Taulelei and Selby-Rickitt put a small dent in the Gold Rush's advantage but the southerners were in control at the interval ahead 32-23.

Bodies were tumbling more than baskets at the commencement of the second half – three free-throws from Hayley Gray were cancelled out by a Jenkins' trey as the Gold Rush protected a 10-point lead.

Richards converted from beyond the arc to move into double figures before Taulelei made a much-needed score for Swish.

Olivia O’Neill added to the Swish's woes with a buzzer beater, the Gold Rush ahead 46-31 at three-quarter time.
The Swish made the ideal start to the final period with Penese making a brace of threes, but O’Neill soon replied with a triple of her own.

Swish were still a dozen points behind (51-39) but the Gold Rush Coach Gavin Briggs decided he needed a timeout with 6:40 to play.

Selby-Rickitt made it a 10-point game before Sopoaga muscled her way to the foul line to make a pair of freebies.
A corner three from Tara Clement made the Gold Rush's advantage 56-41 with four minutes to play and it looked like curtains for the Swish.

Swish made one last effort, but it wasn’t their night, and they will have to regroup before they face the Waikato Wizards on Wednesday 2 December.

Meanwhile, the Gold Rush will have little time to celebrate as they must back it up against the Dream tomorrow.