Debuted for the Dream against Waikato Wizards in August 2021 and played 2 games that season.

Invited to the NZ U18 National Training Camp in April 2022.

Alongside Esra McGoldrick, Sharne Pupuke-Robati and Ella Fotu, Tiarna was a member of the Tall Ferns 3×3 team that won the FIBA 3×3 World Cup Qualifier Asia in March 2022.

Appeared in both games for the Breeze in 2021 scoring a career high 30 points against Canterbury Wildcats.

A member of the Harbour Breeze 2020 Sal’s NBL Championship winning team. Scored 16 points in the Grand Final win against Waikato.

Clarke was the youngest member of the NZ Select team that played against China B in 2016.

Also in 2016 played on the NZ team that claimed silver at the U18 FIBA Oceania Championships in Fiji.

Named to the New Zealand team to play at the 2020 FIBA U16 Asia Cup in Canberra. The event was cancelled due to the Covid pandemic.

‘Maka’ returns to her home town to play for Whai after previously commuting to play for the Waikato Wizards. Played all three games for the Wizards in 2021 posting a total of 41 points  and 9 rebounds.

After graduating from Indiana University in 2011 Davis was drafted by the Indiana Fever although she was subsequently released during pre-season.

Has played in Israel, Romania, Switzerland, Italy, Greece and Spain.

Played 113 games at Indiana University where she scored 1,587 career points – 10th all-time for the Hoosiers.

Scored over 500 points in both her Junior and Senior years. Scored a career high 33 points against Virginia in 2010.

Following a four year career at Penn State (2009-13) Greene was the overall 34th pick by the Phoenix Mercury in 2013 WNBA Draft.

Didn’t play that year but in 2014 made 12 appearances WNBA appearances for Los Angeles Sparks. The following year she played 11 games for the Connecticut Sun.

Her professional career has also taken her to South Korea, Israel, Poland, Australia and France.

The last two European seasons she has played in the French League for Angers – averaged 10.1 points and 8.8 rebounds in 2021-22.

Scored three’s with her first three shots for Whai in Tauihi 2022 at Cowles Stadium against Mainland Pouākai.

Debuted on the Tall Ferns team that finished runners-up at the 2019 William Jones Cup.

Following high school Flavell spent a year at Otago University before attending Midland Community College in Texas for two years. After graduating from Midland she moved on to Houston Baptist University for the 2018/19 NCAA season.

Played for Harbour in the 2019 WBC season helping the Breeze reach the Grand Final.

She also sits 5th on the all-time scoring list after amassing 1,291 career points.

In her senior year at Fordham she set a programme record when she made 11 three-pointers in her career high 35 points against Massachusetts.

In her sophomore year at Fordham, in 2018-19, she played alongside Mary Goulding and Zara Jillings as the Rams won their second-ever Atlantic 10 Championship.

Prior to college helped Waikato and St Peter’s to numerous National Championship triumphs.

Lambert played three years at prestigious Duke University before moving to the University of Texas for her final collegiate season in 2020-21. Averaged 7.1 points, 3 rebounds and 3.1 assists for the Longhorns as they progressed to the Elite 8 at the 2021 NCAA Championship.

Graduated with a Masters in Sport Management.

Played the first half of her debut pro season in Turkey for Koleji Izmir before transferring to Banska Bystrica in Slovakia where she averaged 13 points, 5 rebounds and 4.9 assists per game.

Played her debut pro season in Hungary. Started the 2021-22 season playing in Greece before transferring to T71 Dudelange where she averaged 14 points and 7.3 rebounds per game for the Luxemburg League Cup Finalists.

Played alongside Ella Fotu, Sharne Pupuke-Robati and Tiarna Clarke for the Tall Ferns 3×3 team that won the FIBA 3×3 World Cup Qualifier Asia in March 2022 in Doha.

Played three games for the Dream in 2021 enjoying  an 11 points and 15 rebounds outing against Canterbury Wildcats.

Played WBC for North Canterbury Spirit in 2018 before playing one year at North Carolina State University (NCAA Division I) in 2018-19.

Was a member of the Tall Ferns team that finished runners-up at the 2019 William Jones Cup.

Averaged 6.8 points and 5.2 rebounds at the 2016 FIBA U18 Oceania Championships in Fiji, winning a silver medal.

Named to the New Zealand team to play at the 2020 FIBA U16 Asia Cup in Canberra. The event was cancelled due to the Covid pandemic.

Won an U17 National Championship titles with Waikato in 2019 and 2020 – Named to the Tournament Team on both occasions. Averaged 21.4ppg at the 2020 Tournament.

Was a member of the St Peter’s championship winning team at the 2019 Secondary Schools National Championships.

Named to the New Zealand team to contest the 2020 FIBA U16 Asia Championships in Canberra but the event was cancelled due to the Covid pandemic.

Played alongside Ella Fotu, Esra McGoldrick and Tiarna Clarke for the Tall Ferns 3×3 team that won the FIBA 3×3 World Cup Qualifier Asia in March 2022 in Doha.

Played for the Auckland Dream WBC Championship winning team in 2019.

Played on the New Zealand team that won silver at the FIBA U18 3×3 World Cup in Mongolia in 2019. The other team members were Tayla Dalton, Ashlee Strawbridge and Charlisse Leger-Walker.

In 2018 played on the New Zealand team at the FIBA U17 Women’s World Cup in Belarus where she averaged 9.6 points and 7.0 rebounds. 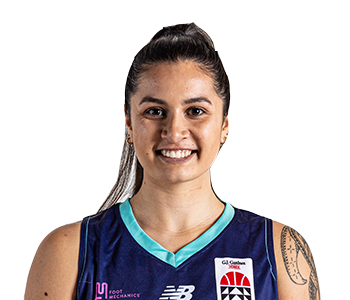 Played both games for the Wildcats in 2021.

A former New Zealand age-group international, was a rookie with the Wildcats in 2019 after shifting south from Hawkes Bay to take up a scholarship at Lincoln University (2019-present).

Played at the 2017 FIBA U16 Asian Championship in India where New Zealand finished 4th.

Samia graduated from Lincoln University in 2021 with a Bachelor of Environmental Management and is continuing postgraduate study.

Younger sister Melika begins a basketball scholarship at the University of Portland later in 2022.

Played both games for the Swish in 2021.

Played for the Fijian National team in 2008 at the Olympic Qualifying Tournament in Madrid.

Played all three games for the Dream in the 2021 NBL.

In her final year at Waimea College (2009) she was named to the Tournament Team at Secondary School Nationals and played on the team that won the Secondary Schools Volleyball National Championships.