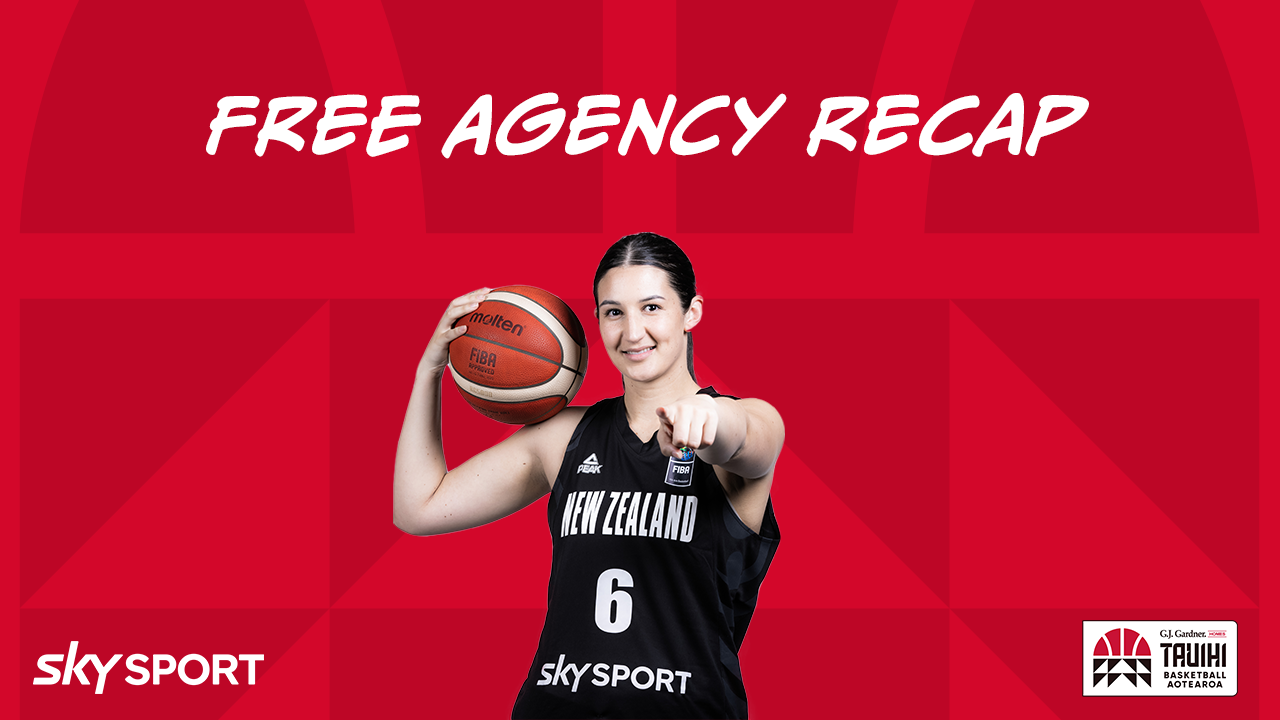 With the free agency floodgates open, some teams have wasted no time locking up players for the inaugural Tauihi Basketball Aotearoa season which tips off on June 29.

The Mainland Pouakai have been the busiest team in free agency thus far, announcing the addition of four Tall Ferns to their roster. Tessa Boagni suited up for the Canterbury Wildcats in the women’s NBL competition in 2021 and was incredibly dominant in her two appearances. She erupted for 34 points, 21 rebounds and five steals, followed by 27 points and 11 rebounds before the season was cut short due to covid. Boagni was a member of the Tall Ferns squad that visited Jordan for the FIBA Asia Cup late last year, compiling averages of 7.0 points and 4.2 rebounds in five games.

Mary Goulding also signed on the dotted line and will return to her home region for 2022. Goulding spent time at Fordham University in the United States playing Division 1 college basketball, before playing professionally in Sweden with IK Eos Lund. The 25-year-old has most recently been playing in the Australian WNBL with the Bendigo Spirit, and in the NBL1 with the East Perth Eagles where she posted monster averages of 23.8 points and 13.5 rebounds per game.

Fresh off a WNBL title in Australia with the Melbourne Boomers, Tall Fern Lauryn Hippolite will look to bring that winning mentality to the Pouakai this season. Hippolite made her Tall Ferns debut at the FIBA Asia Cup in 2021, making four appearances, and is a name that you can expect to see more of in international hoops moving forward.

The Pouakai managed to secure the services of Ella Fotu earlier this week, who has used the covid pandemic to advance her career off the court by becoming a firefighter. Fotu made her debut with the Tall Ferns back in 2019, and a strong season in Tauihi will only cement her place in the squad for future events.  The 25-year-old also helped the Tall Ferns 3x3 team qualify for the FIBA 3x3 World Cup, which is scheduled to be held in June.

The Mid-North Whai went out and got themselves a Tall Fern of their own in the way of Sharne Robati. Like Fotu, Robati was also a member of the Tall Ferns 3x3 team that earned World Cup qualification. She suited up in three games with the WNBL’s Auckland Dream in 2021, recording averages of 13.7 points and 4.7 rebounds on 41.2 percent shooting.

Robati will be joined by former Fordham University superstar Kendell Heremaia, who returns to New Zealand after a successful five-year stint playing NCAA Division 1 college basketball. Heremaia totalled 1,291 Division 1 points over the course of her time in the United States, placing her fifth all-time amongst New Zealand women. One of her many highlights was a massive 35-point outing against the University of Massachusetts earlier this year where she nailed a programme record 11 3-pointers, breaking the previous record of nine threes that was set back in 1994.

The Northern Kahu locked in the most capped Tall Fern of all-time in Micaela Cocks. The 35-year-old will not only lead the Kahu into their 2022 campaign, but she’ll provide invaluable mentorship to those around her. Cocks has been with the Townsville Fire in the Australian WNBL since 2011, winning three titles with the club and being crowned WNBL Finals MVP in 2016.

Ashleigh Kelman-Poto will also suit up for the Kahu this season. Kelman-Poto spent time playing with the Harbour Breeze under head coach Jody Cameron, and the pair will reunite again with the Kahu. The elder sister of Southland Sharks forward Dom Kelman-Poto, Ashleigh has been on the Tall Ferns’ radar for a while now and will be looking for a strong Tauihi campaign in 2022 to break into the international ranks.

With many more player announcements to come, make sure you stay locked to our social media channels (@tauihinz) for all the latest updates.

The inaugural Tauihi Basketball Aotearoa season begins on June 29, when the Mainland Pouakai host the Southern Hoiho. You can find the full schedule HERE.

You can find our free agency tracker HERE.