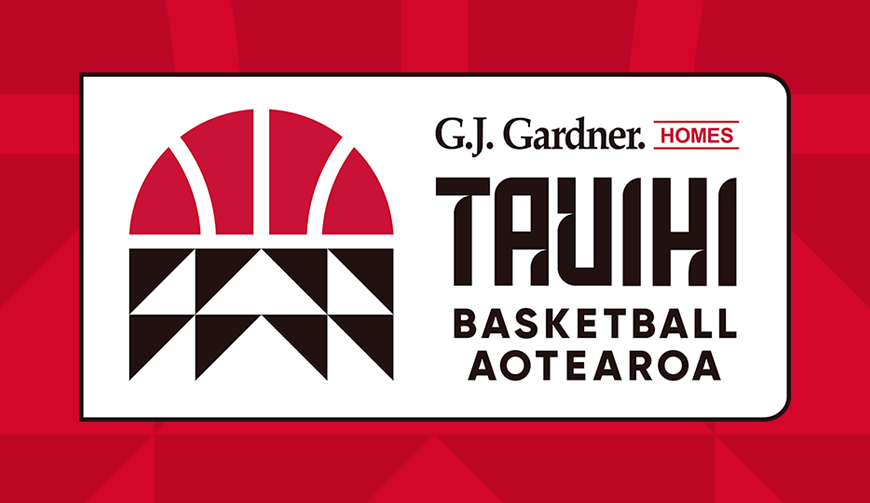 Basketball New Zealand (BBNZ), in conjunction with GJ Gardner Homes and Sky Sport, have today announced the name and direction of the new-look women’s national basketball league for 2022.

The league will officially be named GJ Gardner Homes Tauihi Basketball Aotearoa. Tauihi means “to soar” in Te Reo Māori – a theme which Leagues GM, Huw Beynon says will echo the spirit of the new league and its players.

“Tauihi will be a league that exists to elevate the status of women’s basketball, to help take it to the next level in Aotearoa and beyond,” says Beynon.

“It will be a unique competition which epitomises basketball’s uplifting energy, and which inspires the next generation of young kiwi women to aim higher, both on and off the court.

“And as a product for fans, it will deliver a high level of professional women’s basketball action – featuring an exciting mix of homegrown and overseas talent – which will also help grow and develop our next generation of Tall Ferns.”

“This commitment and investment in the women’s game is ground-breaking in that it creates an aspirational pathway for kiwi women to come home and play in a quality, local competition,” says Compain.

“The fact we’re paying our female athletes at the same level as the men’s leagues shows that we’re taking this seriously, which in turn will help attract the best talent to play in this league – it’s a game-changer.

“It’s a fantastic signal in that our female athletes will be making the type of money that allows them to play professionally and to invest in themselves more to become better basketball players; and it signals to fans that this is a top product and worth watching.”

Tauihi will see Sky New Zealand on board as both a Commercial and Broadcast Partner, with GJ Gardner Homes locked in as the league’s Naming Rights Partner for the next three seasons.

Beynon says that Sky, as the major backer of Tauihi, have been a driving force behind the basketball competition getting off the ground.

“Sky have invested significantly into Tauihi, in the belief that women deserve to be on an even footing as their male counterparts in the sports setting – something that is long overdue in Aotearoa and will be looked at with envy by the other professional women’s basketball leagues around the world.”

Sky Chief Executive, Sophie Moloney, says she is “hugely excited” by the launch of Tauihi.

“We have recently launched our See the Possible’ Women in Sport campaign, so for me Tauihi celebrates everything amazing about women’s sport”, says Moloney.

“To be able to see these amazing women athletes from all corners of the world come and play in this competition in Aotearoa, we think it’s pretty ground-breaking and we’re excited to work with BBNZ to make this happen.

“And we think this is going to open up a lot of conversations – rather than [players] having to go off to the States or Australia, to see that pathway here is going to be hugely powerful.”

In coming on board as the official Naming Rights Partner for Tauihi Basketball Aotearoa, GJ Gardner Homes’ Managing Director, Ellie Porteous, says that it provides both the ‘feed-good’ factor and an opportunity to meaningfully impact on the community.

“Basketball is becoming more and more influential in New Zealand, so our partnership with Tauihi is both a great way to give back to the community, and a great opportunity to be able to help these athletes so they can be good role models and in turn help get people more active,” says Porteous.

“Overall I think Tauihi is outstanding and it stands for so much, in the way of support it gives to kiwi women athletes; it gives kiwi women a chance to play their chosen sport at a top level, at home in front of friends and family – and that really encourages younger women as they can see these women as role models and aspire to be like them.”

Other league partners include SkyCity as a Major Partner and New Balance as the league’s Apparel Partner.

Tauihi Basketball Aotearoa will be made up of five regional teams, who will compete in an eight-week competition with each team playing six home and six away games. The competition will tip off from 29 June, with a Finals series scheduled for 26 August at Nelson’s Trafalgar Centre venue.

Each team has a Te Reo Māori element to their name, with their name and logo matching the league’s “to soar” theme. The league and respective team names have been supported through the creation process by BBNZ kāumatua, Dr Taku Parai (Ngāti Toa).

The five teams in this competition are:

Beynon says that all five teams will play and represent an entire region, not just a single city.

“Teams will aim to have games played at multiple venues across each region, which makes the league even more accessible and allows teams to engage at a community level as well as a basketball level.”

“This helps to give young women in the region something to aspire to; having professional basketball available to them in their backyard and a platform for players to achieve their hoop dreams.”

Tauihi will consist of basketball players from a range of backgrounds, from talented local players to returning US collegiate athletes, alongside professional players from the WNBA and other top-ranking women’s leagues around the world.

Teams will be announcing their players and coaching staff from today onwards, with many names that will be familiar to basketball fans – including current Tall Ferns and athletes returning from successful runs in the NCAA March Madness tournaments.

Sky Sport Tall Ferns Assistant Coach, Jody Cameron says that the league’s pay structure will enable some of New Zealand’s elite athletes to return home while at the top of their game.

“To have a women’s league with professional players, who are paid more than any female basketballers in the history of New Zealand, is great for the quality of the competition as well as for the growth of the women’s game in New Zealand,” says Cameron.

“And as the competition is played in the build up to Tall Ferns activity each year, it’ll also provide a vital stage for our younger Tall Ferns to develop their skills in – so this league will have a positive flow-on effect to our national women’s teams.”

One of the first names to commit to the Tauihi season is Tall Fern Stella Beck, who returns to New Zealand competition after playing in the Australian WNBL. Beck says that the opportunity to play back in Aotearoa has been a dream come true for her.

“For me, when I was playing in the WNBL I came to the realisation I wasn’t really sure I wanted to be away from home in this uncertain environment; so I had aspirations of playing back in New Zealand and I really wanted that to be fulfilled,” says Beck.

“As a player, this League allows me to return home and play at home – the first reason being the tangata whenua, being home and loving New Zealand and playing the game that I love here.

“The other reason is that there’s a group of young, female athletes in Aotearoa, and now they have something to look forward to that’s on the ground – as over the past [few] years, to pursue your sport, especially basketball, you had to go overseas and play elsewhere.

“So for those girls – who are growing the game – to be able to see other New Zealand women playing in New Zealand; it’s going to be huge for their game and the building of the sport and their careers.”

GJ Gardner Homes Tauihi Basketball Aotearoa launches on 29 June 2022, with the Mainland Pouākai playing host to the Southern Hoiho at Cowles Stadium, Christchurch at 7pm. All matches will be shown live on Sky.