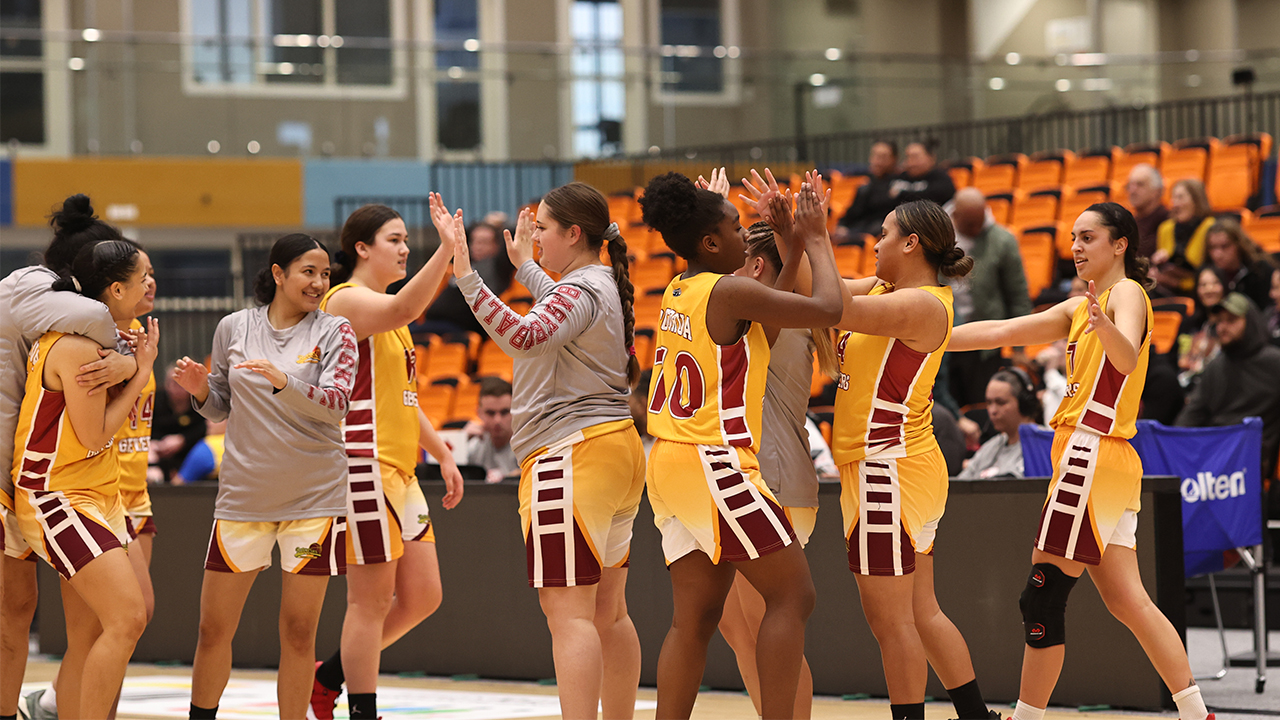 ROTORUA TO TAKE ON HARBOUR CYCLONES IN D-LEAGUE DECIDER

The Harbour Cyclones and Rotorua Geysers will contest for the Sal’s NBL D-League crown at Pulman Arena tomorrow afternoon after finishing atop their pools.

The competition’s most consistent teams won all three of their round robin fixtures, which means both of them have a chance at a flawless weekend.

The Cyclones were the first of the two to qualify for the final in what was another last-minute decider. They led the Platinum Homes Taranaki Thunder by eight with minutes to go, but it was 62 apiece with a minute to play.

Teghan Omelvana-Ngatai took the first bite out of the deficit with a shot in close and tied it up with a triple after being left a little too open.

Makenzee Boucher took the first attempt at regaining the lead, but her shot failed to draw twine. Thunder guard Opal Hardy-Pearce then had her chance at glory, and she too couldn’t convert from close to the cup.

The Cyclones went to the ever-reliable Izzy Pugh with less than a shot clock’s length of time and as she’s done all tournament, she delivered. Her layup and one last defensive stand gave them a 64-62 win.

Points were hard to come by in the first half of the Tauranga City Coasters and Rotorua Geysers match, as both teams sat on 24 before the interval.

The game was effectively a semi-final given the winner booked the last spot in the championship decider and the ending did not disappoint.

The Coasters were up by four heading into the fourth period, although that quickly changed with baskets from Rotorua skipper Awatea Leach and forward Paniwaka Curtis. The rivals went on to trade baskets for the remainder of the contest.

A Carly Ohia triple gave the Geysers a two-point advantage with as many minutes left and that would end being the last set of points from the field. Both sides missed a number of decent looks and the game was iced at the free throw line by Waiata Jennings, 65-59.

Capital played the Harbour Zephyr in the day’s late-morning action. The Wellingtonians looked to have it all under control after coming strong out of the blocks with a 26-point opening spell, their opposition only had 12.

However, the Zephyr got cooking in the fourth and starting down 17 they cut it to five when Shanee Kiriau knocked down a jumper with three minutes on the clock.

Jordan Rangitawa replied with a triple and when Rebecca Van Kuyk was successful on two looks inside the game was put to bed. The final score in that one was 82-76.

A big third quarter from Auckland propelled them to a 74-54 triumph over the Northland Phoenix. The locals led from the outset, but up until their scoring spree they were never really more than a few baskets ahead.

Three players hit double figures for the victors and were influential as they pulled away after the halftime interval.

All bar one of the Phoenix had something in the points column, the only problem was that they all struggled to get into a flow. Auckland’s win means they will play for the bronze medal in their playoff.

The grand final gets underway at 3pm tomorrow and will be broadcasted live on Sky Sport 8. The other placing games will precede the championship clash.