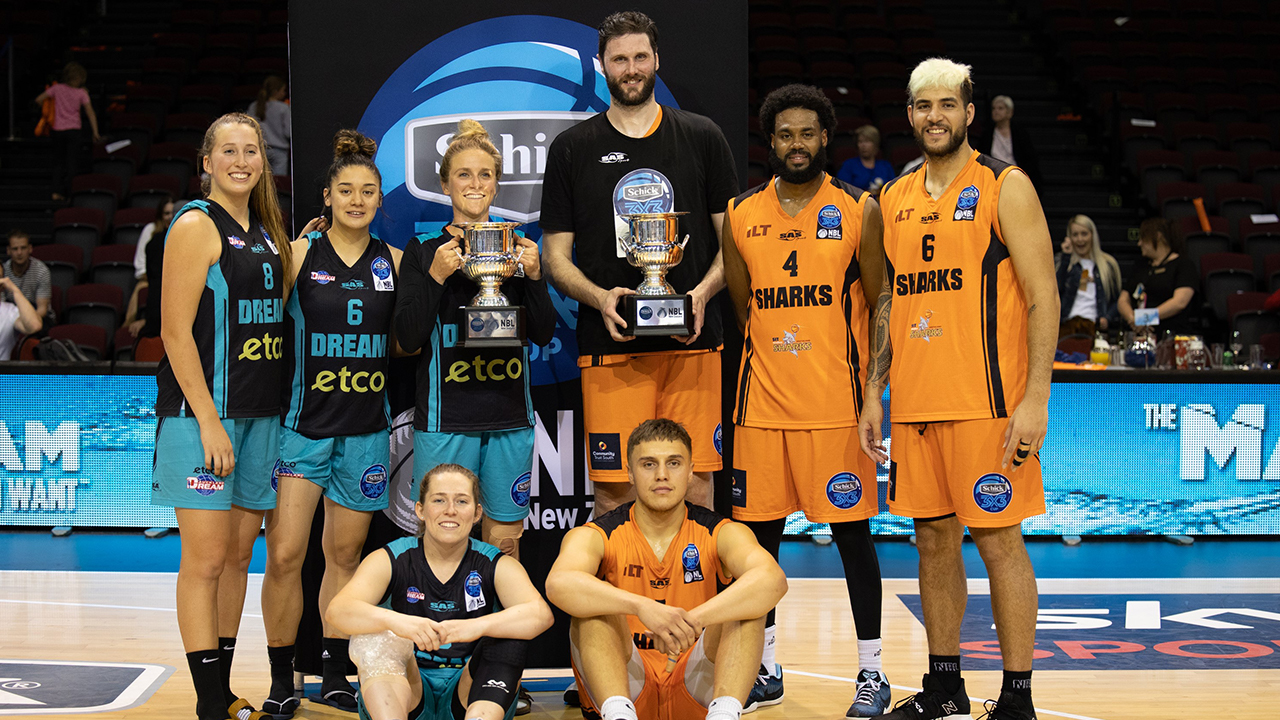 Another innovation by the NBL will see the tip off of another 3X3 party event with two player drafts, equal prize money, equal appearance fees for all players, full live broadcast by Sky Sport, backed naming rights sponsor Schick and presented by SkyCity.

The hype will charge early when 80 players will be drafted ahead of the 2021 series, which includes the Schick Cup at ILT Stadium Southland in Invercargill (14-16 October) and the new Schick Christmas Classic at the SkyCity Theatre in Auckland (9-11 December).

The NBL’s 3X3 competition will also become the new home of the League’s successful player draft, which was first used for the 2020 Sal’s NBL Showdown. The draft will come complete with a raft of exciting tweaks, including a unique system that will see a captain for each team making the selections on draft night.

Adding to the excitement, and announced when the world celebrates International Women’s Day (8 March), the NBL has guaranteed equal pay for all players in this year’s expanded 3X3 season with over $175,000 to be evenly shared across the women’s and men’s competitions.

NBL General Manager Justin Nelson says he thinks this innovation will build in the coming years to become the live sport party-event of choice for young people.

“This is our new party product. We know we have something great for the fans after the fast, furious and physical Schick 3X3 Cup last year. The action was constant, the players were firing, the music was pumping and the fans were dancing. It makes for awesome live entertainment, as well as a great broadcast for the fans. Adding the Schick Christmas Classic was a no-brainer to build on last year’s success.”

Nelson says equal pay was essential given this is a joint product where one court, one broadcast, and one player-payment pot is shared across both the men’s and women’s events.

“The NBL is extremely passionate about the 3X3 product and the way we all support each other. We saw that directly from the players at our first event last November, they embraced it and loved sharing the spotlight together.

“With the support of our franchises, Basketball New Zealand, Schick, SkyCity and Sky Sport, I’m very pleased to see the NBL take a significant step forward. This is a shared product, with both the men’s and women’s events rotating after every game. We hope other like-minded businesses across New Zealand who share these same values of equality knock on our door and join us with more commercial support. As revenue grows, more events will be added, and financial support for players will grow equally,” says Nelson.

“Basketball New Zealand has made a massive step in announcing equal pay for their women and men’s players across the 3X3 season. This is huge for the development of our women’s game and profile, and a big step in the right direction going forward. Being involved with the 3X3 Schick Cup last year was fantastic. This brand of basketball is super exciting for the spectators and the players. It is extremely intense and fast paced, a game for the future.”

Sophie Moloney, Sky CEO, says Sky is pleased to be able to continue the ongoing broadcast of basketball.

“It’s a privilege to work with the NBL and other sports to lift up women with increased visibility in competitions like the NBL’s 3X3, telling their important stories and sponsoring competitions and teams like the Sky Sport Tall Ferns. Like most other organisations we acknowledge there is still some way to go for equity. Sky applauds this awesome initiative from the NBL - we’re excited to see the sport take this important step.”

“Basketball continues to thrive amongst Kiwis from all walks of life, and we are thrilled to be growing our partnership with the 3X3 game as well, especially with the exciting new Schick Christmas Classic adding to the action in 2021.”

“We are delighted that SkyCity can host the Christmas Classic, and continue our commitment to bring fantastic live events to both the Auckland and wider New Zealand audience.

“I particularly welcome Basketball New Zealand’s very significant commitment to ensuring equal pay for female athletes. This is something that aligns perfectly with SkyCity’s own core values of fairness and equality, and we are delighted to support such an important initiative.”

Nelson says the 3X3 season is set to start each year with two live drafts, one for the women and one for the men. Each draft will be broadcast on Sky Sport with 40 players to be selected in each competition.

“The positive feedback from fans last season was close to unanimous when it came to the draft we staged for the Showdown, they really enjoyed it and want it to continue,” explained Nelson.

“As we return to a normal Sal’s NBL season it is a bit hard to deliver a draft, but the 3X3 competition is perfect for it and the response from the teams and a number of players we consulted has been very supportive.

“We have developed a few really cool things for the draft, they’ll certainly be fun and entertaining to watch on Sky Sport and will have the players and fans sitting on the edge of their seat!”

Each draft will be followed by a trade weekend, where all teams can move players around in the hope of perfecting their roster ahead of the two events.

The League has also floated further 3X3 expansion in 2022 with the prospect of a third event being played in the Waikato.

“This is our party product. These are fun events where the players are within arm’s reach of the fans and they put on a great show.”