Picked by the Indiana Fever in the 2021 WNBA draft Baptiste was waived by the Fever.

Having previously played at Northwest Florida State and Virginia Tech she played the 2020-21 season at the University of Arizona where the Wildcats went all the way to the NCAA Championship game losing by a single point to Stanford (54-53). 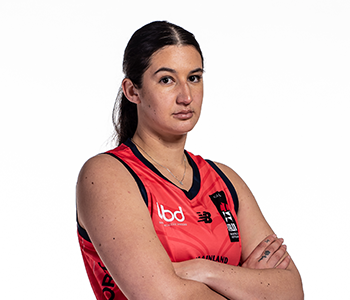 Played both games for the Wildcats in 2021 amassing 61 points and 32 rebounds!

Missed the 2020 NBL season for the birth of son Noah.

Played all five games at the 2021 FIBA Asia Cup in Jordan where she averaged 7 points and 4.2 rebounds per game.

Completed her career at Louisiana State University in 2022 playing 135 games for the Tigers. The Tigers made the second round at the 2022 NCAA Tournament – scored 24 points in the first round victory against Jackson State.

Those 24 points were a career high – averaged 9.6 points and 5.2 rebounds per game in her senior season at LSU.

Played both games for the Canterbury Wildcats in 2021.

Returned from the States in 2016 helping Canterbury Wildcats win a WBC title that year.

Appeared in both games for the Breeze in the abbreviated 2021 NBL season.

Debuted for Harbour Breeze in 2013 as a 16 year-old – along with Zara Jillings and Brooke Blair, the only players to have been part of the Breeze championship winning teams in both 2014 and 2020.

In her debut campaign Fotu was a member of the Tall Ferns team that finished runners-up at the 2019 William Jones Cup. 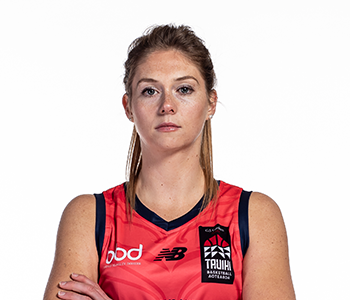 Following high school Goulding spent a year at Gillette College in Wyoming before being recruited by Fordham University.

Played both games for the Wildcats in 2021 logging 9 points and 10 assists in a standout game against Harbour Breeze.

Hippolite was a Development Player with the Australian NBL Championship winning Melbourne Boomers in 2022.

Studying for a Bachelor of Science (Food Science) Hippolite is on a basketball scholarship at Lincoln University where she was named Sportsperson of the Year in 2021. Played on Lincoln’s 2022 3×3 Tertiary National Championship winning team.

Debuted for the Tall Ferns against Japan at the 2021 FIBA Asia Cup in Jordan – made a three with her first shot in international basketball.

Leading scorer at the inaugural NBL Schick 3×3 Cup in 2020 but a calf injury impeded her 2020 Sal’s NBL campaign meaning she could only play 3 games.

Named to the All-Star Five at the 2019 U23 Nationals after helping Canterbury to the bronze medal position.

Played on the New Zealand team that won silver at the 2017 FIBA Oceania Championships in Guam averaging 9.6ppg.

Named to the Tournament Team at 2021 U17 National Championships.

A seasoned performer for the Canterbury Wildcats, made her NBL debut as a 15 year-old.

Morrison was a member of both the 2016 and 2017 Wildcats WBC Championship winning teams.

Missed the last two NBL seasons after suffering an ACL injury at the 2021 Schick 3X3 Cup.

Graduated from Lincoln University with a degree in psychology. Currently employed by BBNZ as a Community Lead – Women’s and Girl’s in the Mainland region.

Nisbett returns to NZ after a four-year career at Georgia Sothern University (NCAA Division I). Played 85 games for the Eagles, captaining the team in her senior year (2021-22).

Won silver with the New Zealand team at the 2017 FIBA Oceania Championship in Guam.

Graduated from Dayton with a Masters in Communication.

Debuted for Auckland Dream against Waikato Wizards in 2021 Saal’s NBL while still in Year 11 at St Andrew’s College.

MVP at 2021 U17 National Championships – scored 25 points for Canterbury in the final against Hutt Valley.

Sister Charlotte (University of Colorado) and brother Mason (American University) are both at NCAA Division I colleges in America.