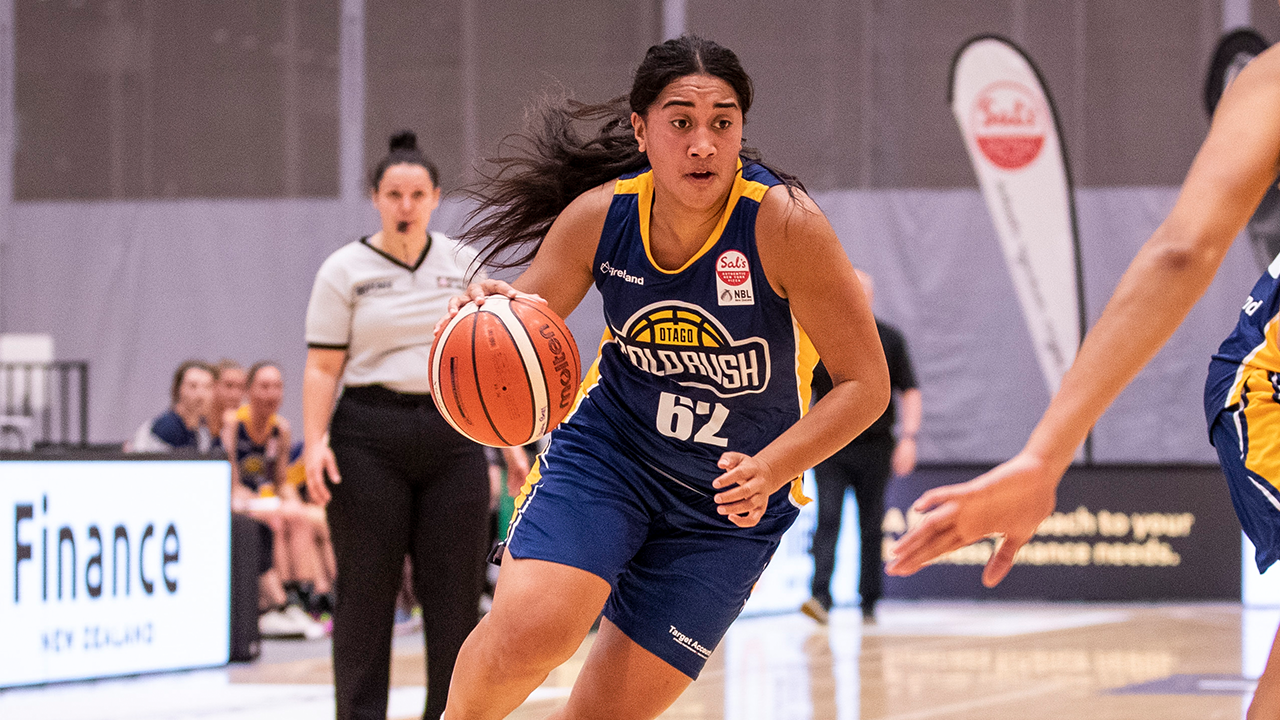 The Firebrand Otago Gold Rush have increased their 2020 Sal’s NBL 18IN18 semi-final chances with a 73-63 victory against the ETCO Auckland Dream at Pulman Arena on Sunday.

Despite the loss, the Dream still have a chance of making the playoffs, but will probably need to beat cross-city rivals the Platinu Homes Harbour Breeze on Tuesday and hope a couple of other results go their way.

The Gold Rush were only up by four points with five minutes to play but led by the composed Olivia O’Neil outscored the defending champions 14-8 in the closing minutes.

Te Araroa Sopoaga went scoreless in the first half before finishing with a game-high 18 points. She received able support from Savanna Handevidt (15 points and nine rebounds), Tara Clement (nine points), whilst Lisa Wallbutton had eight points and 10 rebounds and Zoe Richards had nine points and 14 rebounds.

Dream forward Amanda Wayment opened the scoring to kick start a 7-0 opening burst from the hosts. Handevidt and Wallbutton initiated the Gold Rush reply, Hannah Matahaere tying the score at 11 points each.

Another three from Tara Clement gave the Gold Rush the lead, their advantage 19-14 at quarter time.

Robati’s inside basket meant she had 10 of the Dream’s first 18 points, but Handevidt was having a storming quarter, her And-1 play giving the Gold Rush a 28-20 lead.

Berry reduced the Dream's deficit by three and Jelena Vucinic by two as a low-scoring quarter ended with the Gold Rush just two points in front (28-26).

Williams-Mackey and Casyn Buchman dropped threes but Matahaere's efforts cancelled out one of them. Williams-Mackey dropped her third triple of the quarter and when Berry scored after a steal the Dream were ahead 40-38.

Clement reinstated the Gold Rush lead as she also sunk a third three, Sopoaga also landed from deep - a frantic finish to the frame in which the lead changed four times concluded with Otago 49-45 ahead.

Sopoaga’s And-1 play added to the Gold Rush's lead before Robati reduced the arrears. A Berry jump shot was countered by a Richards drive, the Gold Rush ahead 59-52 at the mid-point of the fourth.

A Sopoaga jumper and a trio of Richards free throws gave the Gold Rush a 66-56 advantage with 2:30 to play. Buchman made a couple of scores to trim the deficit to six points but Sopoaga had the cool head at the foul line to close out the win.