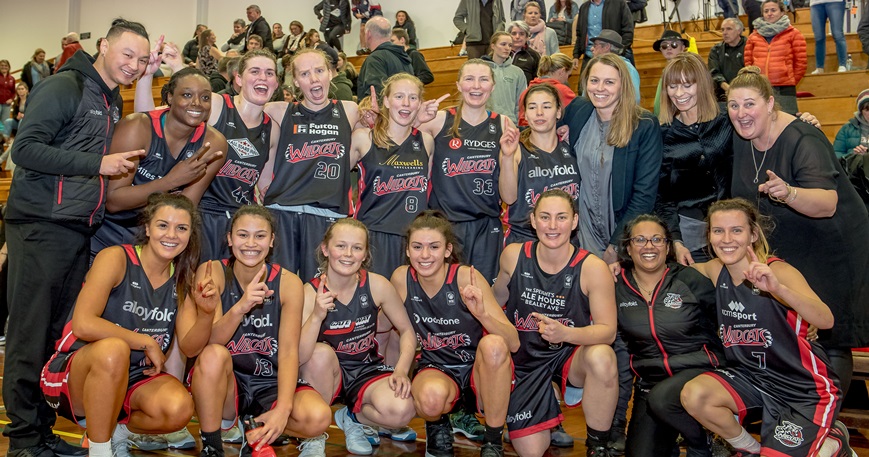 From the Vault: NBL Classic Matches | #7

Looking for some basketball to watch?

With the Sal’s NBL Men’s and Women’s competitions, along with Women’s D-League, currently looking at Modified Competitions for 2020,  we’ve gone through the archives to bring you some classic NBL games from yesteryear to watch!

If you have any games you’d like to see, or have access to recorded games you can share, please let us know by contacting us here.

We head to 2017 for our next classic match. The Alloyfold Canterbury Wildcats retained the WBC title with a dominant second half performance defeating a plucky Taranaki Thunder 57-43 in front of an enthusiastic crowd at Cowles Stadium. The win was built around floor general Terina Wanoa (13 points, 7 rebounds, 5 assists) and MVP Ashley Gayle.

After Taranaki made the slightly better start, shading a nervy first quarter 12-10, the game swung in favour of the home team.

The forward tussle between Taranaki’s Jess Tuki and Lyndi Laborn and Canterbury’s Darcy Rose and Ashley Gayle was a feature of a low scoring second period. Six points in the quarter from penetrative point guard Wanoa proved to be the difference between the two teams – 24-18 in favour of the hosts at half-time.

Despite several set backs Taranaki were very much in the hunt at three-quarter time just six points down – 38-32.

Laborn returned to connect with a triple but a Hayley Gray jump shot took Canterbury to a 45-37 lead with 6:30 to play. Consecutive baskets from Connie Poletti and a reverse lay up from MVP Gayle stretched the advantage allowing the Canterbury supporters to relax and celebrate back-to-back titles.

Canterbury Coach Lori McDaniel was voted WBC Coach of the Year for a second time following her teams success.