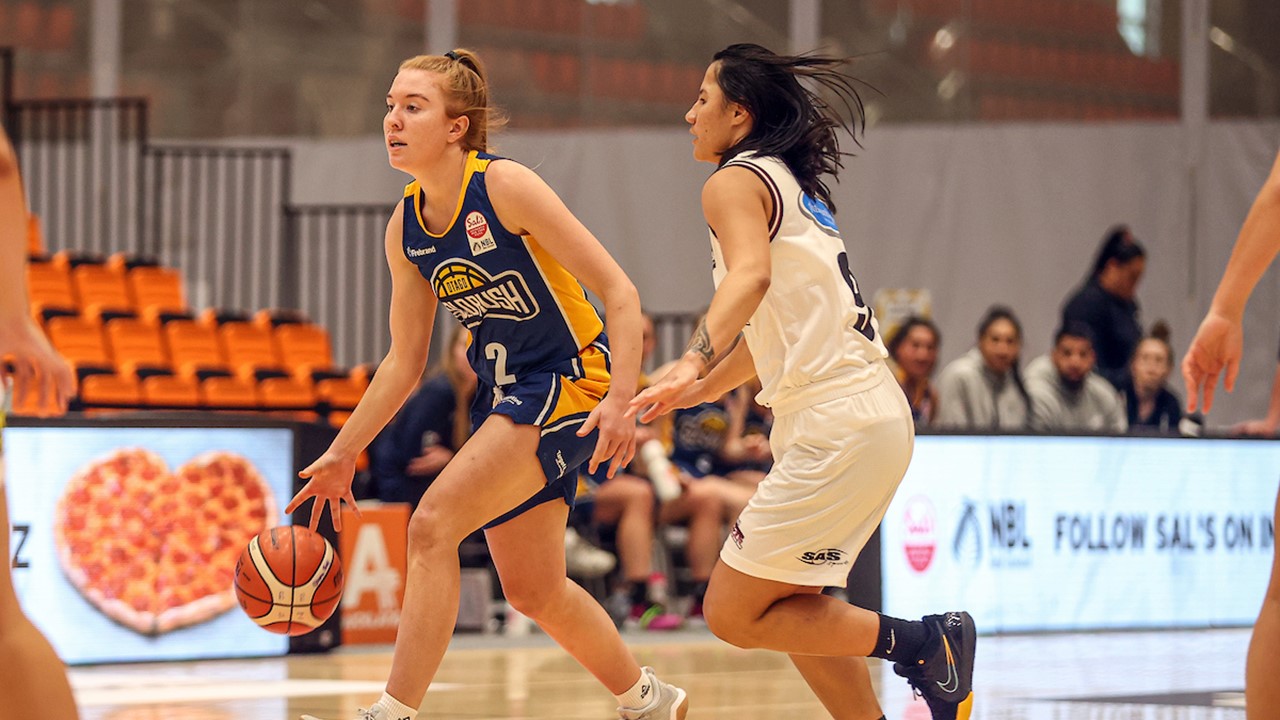 Scrolling through the box score from Sunday night's Sal’s NBL 18IN18 game in which the Firebrand Otago Gold Rush beat ETCO Auckland Dream 73-63 there was one statistic that stood out like a beacon.

Te Araroa Sopoaga went scoreless in the first half before finishing with a game high 18 points, which was interesting.

Sharne Robati continued her good season with a team high 15 points and 8 rebounds for the Dream, again it was of interest, but that wasn't the standout stat.

Neither was it the double-double threatening performances of Savanna Handevidt (15 points and 9 rebounds) or Lisa Wallbutton (8 points and 10 rebounds), it wasn’t even the 14 rebounds snared by Zoe Richards, the most boards corralled in a single game at the 18IN18.

The standout stat was that of Gold Rush point-guard Olivia O’Neill who posted 1 point, 2 rebounds, 2 assists and 1 block. Why are those numbers so meritorious?

Well it’s the figure of +25 in the +/- column that illuminates O’Neill’s stats. In other words in a game the Gold Rush won by 10 points (73-63) the composed point-guard led her team to a 25 points advantage during her 26 minutes on court.

No wonder Gold Rush Head Coach Gavin Briggs had the former St Hilda Collegiate standout at the helm during a tight fourth quarter.

Putting the +25 figure into context the next best  +/- performance in the game was from Hendevidt (+10), and the next best ws in single digits.

When you factor in O'Neill went at +25 and only contributed one of those points, it all points to the playmaker as being instrumental is helping set other up, whilst also showing her defensive class at the other end.

Adding further context is the fact that in the previous ten 18IN18 games only Ashleigh Kelman-Poto can match the statistical performance of O’Neill and that largely was due to the fact the Platinum Homes Harbour Breeze beat the Alloyfold Canterbury Wildcats by 22 points (81-59).

Many coaches place great store in the +/- numbers as it helps form opinions about the influence of players beyond the points and rebounds figures.

We're sure Gavin Briggs will have taken note of O'Neill's performance.