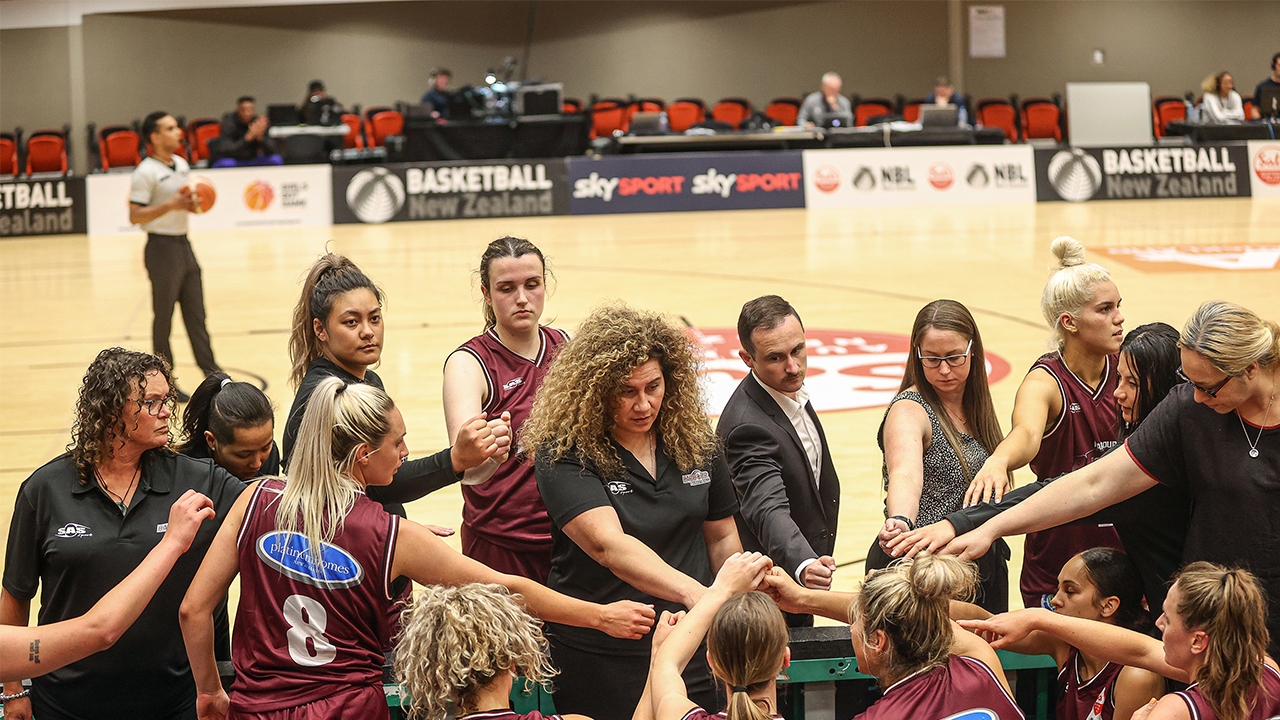 The Platinum Homes Harbour Breeze made it four straight wins in the 2020 Sal’s NBL 18IN18 with a decisive 72-57 victory over the Waikato Wizards at Pulman Arena on Monday.

The win guarantees the Breeze (4-0) top spot on the regular season standings, whilst the Wizards join three other teams (Firebrand Otago Gold Rush, Etco Auckland Dream and Kāpura Capital Swish) with a 2-2 record with a game to play.

The Wizards led by as many as 16 points in the first quarter and by 5 points at halftime only to be outscored 39-20 in the second half.

For the Wizards the tireless Esra McGoldrick played all but two minutes amassing 20 points, 14 rebounds, six blocks and three steals. Kayla Manuirirangi was the other Wizard in double figures, the former Tulane University standout notching 15 points.

McGoldrick had opened the scoring as the Wizards embarked on a 9-0 run forcing Jody Cameron to call an early Breeze timeout.

Kelman-Poto and Kailahi-Fulu scored the first points for Breeze but Matangiroa Flavell moved the Wizards out to a ten-point lead.

The Wizards finished a dominant first quarter with a 24-11 lead – McGoldrick with eight points and six rebounds in the period.

Zara Jillings dropped threes either side of the quarter-time break but Maka Daysh ensured the Wizards maintained a double-digit buffer.

The pace of the game picked up – Jillings and Jess Moors leading the Breeze's defensive effort, Flavell and McGoldrick holding them at bay.

Manuirirangi scored with a no-look shot followed by a triple to cancel out Blair’s transition baskets.

Kelman-Poto made back-to back scores in the shadows of halftime, but it was Jayze’lee Waihi who had the final say of the half as the Wizards went to the locker room with a 37-32 lead. McGoldrick had already amassed a double-double by then with 12 points and 10 rebounds.

The Breeze got to within a single point early in the second half and after Blair got a jump shot to drop from the elbow, they had their first lead of the game (41-39).

When Tini dropped her second trey the Breeze had enjoyed a 13-2 run - the quarter, dominated by the Breeze's defence, finished with them 48-40 to the good.

Waihi made a corner three to reduce the deficit, but when Ella Fotu landed a baseline jumper the Breeze held a 54-45 lead and Wizards Head Coach Leanne Walker needed a timeout.

Kelman-Poto made seven straight points and with only five minutes remaining the Breeze were 61-47 ahead. They had little trouble in protecting their advantage as well as top spot on the Sal’s NBL ladder.

The Breeze are back in action on Tuesday facing cross-city rivals Dream in the Battle of the Bridge, whilst the Wizards get an extra day off before taking on the Swish in a must-win game for both teams.