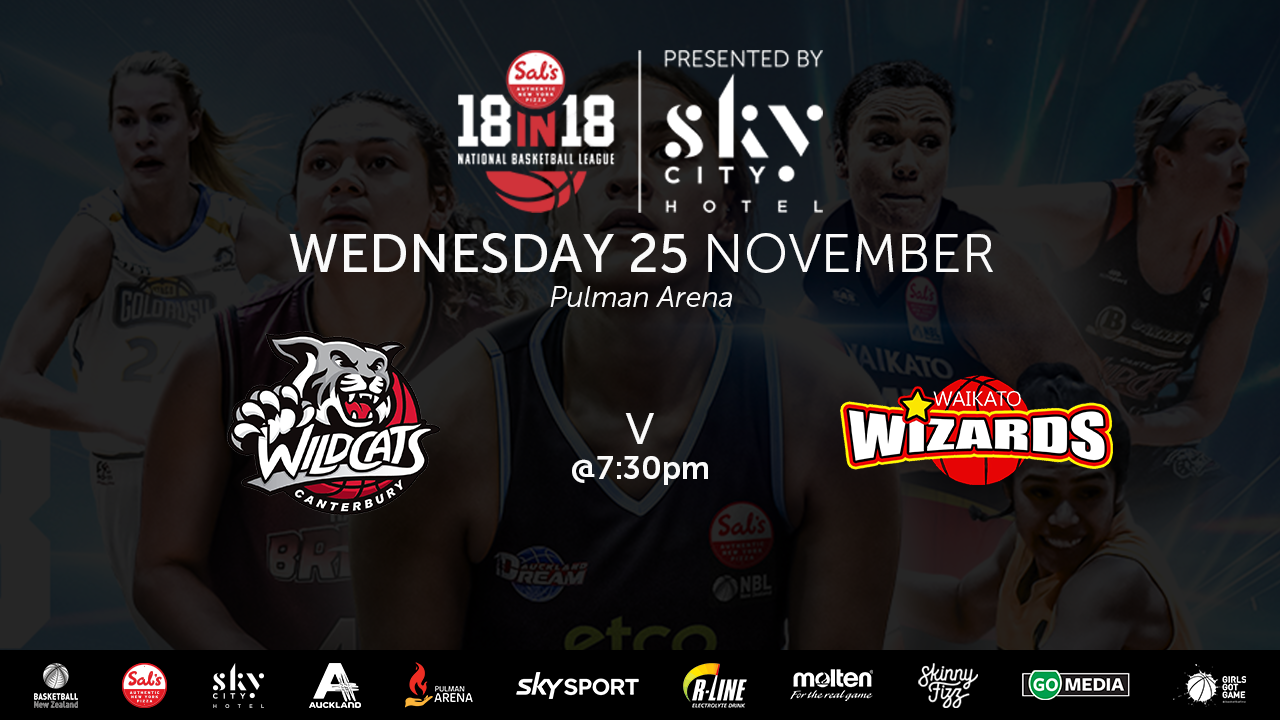 Game 7 of the Sal's NBL 18IN18 features the Alloyfold Canterbury Wildcats (0-2) up against the Waikato Wizards (1-1) in what is a must-win game for the Christchurch-based team.

All teams have now played two games, with only the Wildcats and Gold Rush yet to grab a victory.

The Wildcats departed Auckland last Sunday morning after losses to the Dream (51-66) and Swish (42-55), but after a few days back home to pick apart their game, you can be assured they will be throwing everything at the Wizards tonight.

Ironically, despite the slow start, if the Wildcats can win tonight then both they and the Wizards will be locked at 1-2 on the ladder.

The Wizards took a while to shake the Gold Rush last night, but did enough down the stretch to take the 63-55 win, looking far more settled and dynamic with Kayla Manuirirangi and Esra McGoldrick in the team.

Put simply, a win for the Wizards has them an almost certainty to grab a finals berth (given they will have beaten both Gold Rush and Wildcats), while a win for the Wildcats will thrust them right back into contention.

THREE KEYS TO THE GAME

1. The Wildcats have to deliver! Following two losses, the Wildcats have been back home working on their game-plan and there is little doubt we will see some of that in this game, and again tomorrow night against the Breeze. Expect to see changes as the Wildcats look to grab an opening win and cling to the Top 4 and their finals aspirations.

2. The Wizards will be relieved to have won against the Gold Rush last night, but not everything went to plan. Look for a concerted effort to win the rebounds tonight (35-51 vs Gold Rush) and a little bit better shot selection from beyond the arc (6/23 at 26%). Some minor tweaking, but all in all some good form to build on against what will be a desperate Wildcats unit.

3. Every team has now played two games, but the one thing we are yet to see is some genuine speed. Lifting the tempo will be important as we head towards finals, so expect to see teams lift their pace in offensive transition. It could be the thing that catches a team, or two, out. Both the Wildcats and Wizards have the ability to push the ball up the floor and that could be a key tactic for both teams tonight.