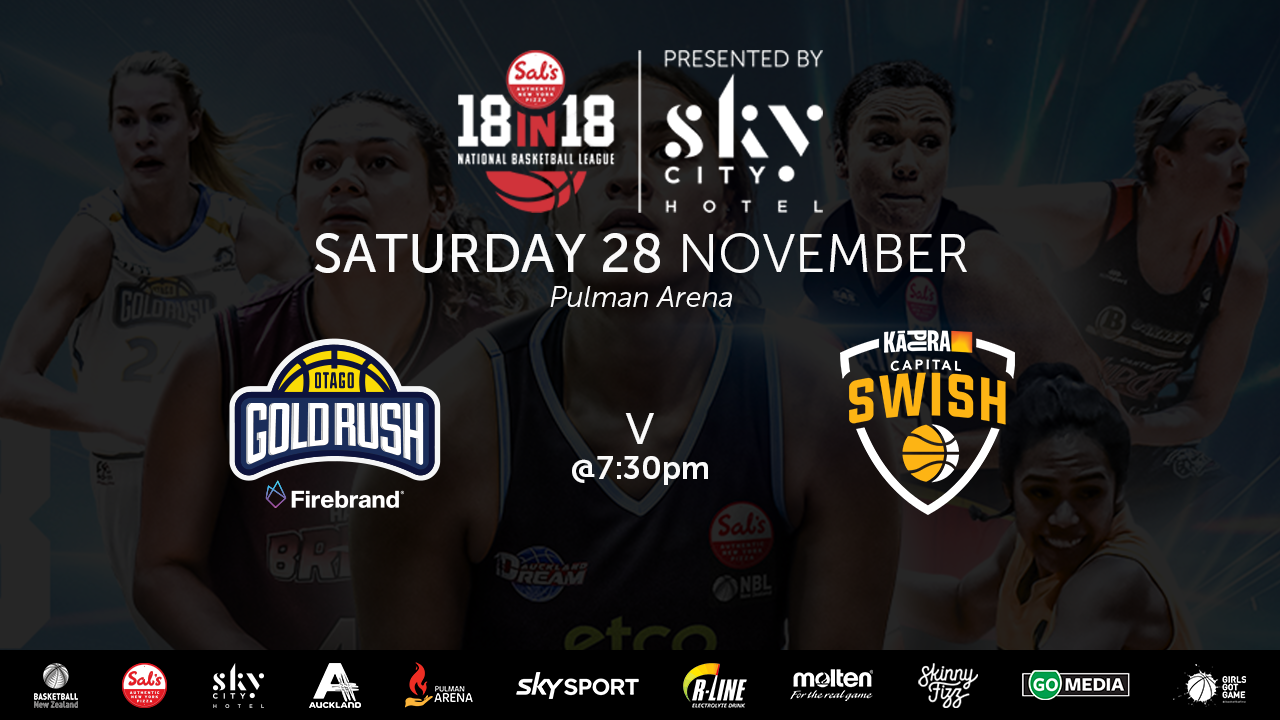 A huge two nights ahead for the Firebrand Gold Rush (0-2) as they return to south Auckland needing to win two games (Swish and Dream) in order to keep their playoffs hopes alive.

Tonight they come up against a Kapura Capital Swish outfit filled with confidence following last night's upset 76-66 win over the ETCO Auckland Dream.

It was a masterful 'team' effort by the Swish, filled with support for each other and a genuine belief they could win the contest.

Now with a 2-1 record, the Swish could claim their spot in the playoffs if they get past the Gold Rush - and in so doing it would make it impossible for the Gold Rush to get through to the Semi Finals.

So it's all on the line tonight.

Will the Gold Rush return with their defensive zone and try to close the gaps and limit Capital's running game? Can the Gold Rush land their shots at a higher clip than last week?

Will the Swish continue their rise and head home with two wins from this road trip?

The players are starting to settle now and a number of quality match-ups await us tonight. This has all the ingredients of delivering another thriller. It's all or nothing for the Gold Rush!

THREE KEYS TO THE GAME

1. We said it last night, and we'll say it again - Respect The Swish! Could the Capital Swish be this year's danger team? At the Dream found out, this Swish team works hard and they bring the intensity and work ethic. The Gold Rush will need to be at their best to win tonight.

2. Zoe Richards and Lisa Wallbutton are the stars for the Gold Rush and with their playoff hopes on the line tonight, these two A-graders must bring their best. If Richards and Wallbutton deliver big numbers, the Gold Rush could quickly be back in the spotlight and the race for the finals.

3. The depth of the Swish team is impressive and might just be their secret weapon to going all the way this season. Whippy, Vaofusi, Lokotui, Selby-Rickett, Taulelei and more - it's a line-up that is really starting to impress. Everyone has a job to do.